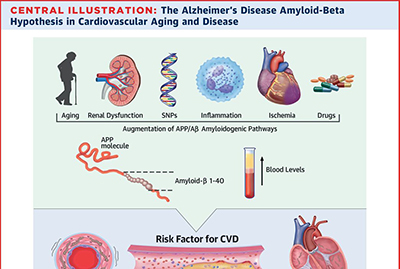 Scientists at Newcastle University have revealed how a simple blood test could be used to help identify cardiovascular ageing and the risk of heart disease. 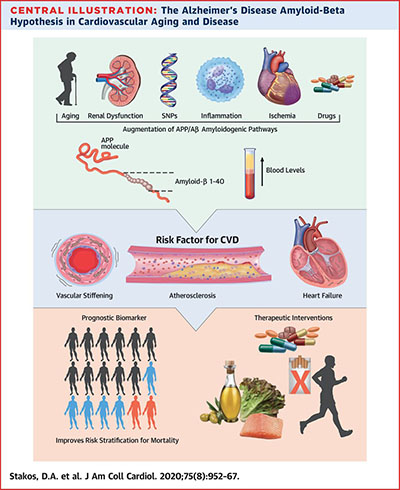 For the first time, experts led by Professor Konstantinos Stellos and on research supported by the NIHR Newcastle BRC, report that higher levels of amyloid-beta in the blood may be a key indicator of cardiovascular disease.

It is hoped that this research will one day lead to the development of a simple blood test that could be used as a clinical biomarker to identify patients who are most at risk, so that preventative measures can be put in place and death rates reduced.

Amyloid-beta is known to be involved in the development of Alzheimer’s disease, yet scientists have now concluded that it may have a key role to play in vascular stiffening, thickening of the arteries, heart failure and heart disease progression.

The work, published in the Journal of the American College of Cardiology, proposes the existence of a common link between both conditions, which has not been acknowledged before, and could lead to better patient care.