Public blog: My journey into the Multiverse Lab…. 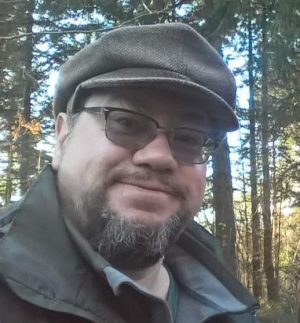 In this blog, Public Contributor Gary Gibson shares his experience of supporting the development of the exciting Multiverse Lab project.

It’s almost a year since I heard about ‘The Multiverse Lab’. It was to be a topic presented to the Newcastle Hospital Trust’s APEX (Advising on the Patient Experience) Group; a collective of volunteers who provide guidance, opinions and feedback on all manner of the Trust’s initiatives.

I was somewhat unsure of what to expect. It sounded futuristic, almost leaning into Science Fiction or alternate reality material! Yet for all of that, it transpired it was very firmly embedded in our reality.

Once the context was explained to the APEX Group, it became apparent that there exists something of a historical situation in which significant numbers of our population feel that health research is nothing at all to do with them; health research is for ‘boffins’ or ‘clever’ people, it’s something that happens somewhere else, probably in a university or laboratory  – and it’s certainly not likely to approach them with an invite.

Their voice hadn’t really been sought before in any meaningful way – but things were starting to change.

Involving the public in discussions around research – what I learned

I learned that a key agent for improving the status quo was to make the very concept of health research relatable, inviting and stimulating to a much broader spectrum of the population – many of whom may be socially, educationally and economically disadvantaged.

Multiverse Lab had been designed to be the mechanism that introduced a fresh approach to public involvement in health research.

Having originally formed part of The Great Exhibition of the North in 2018, Multiverse Lab sounded like something educational, unique, fun and, best of all, highly inviting. It wasn’t remotely patronising to its users, which was no doubt key to its appeal. I could envisage how the ‘gaming’ element would catch the attention of people who hadn’t ever tried to be part of such research before, this was a literal gateway into the world of health research.

It all began with a question:

What is the health research breakthrough you hope to see in your lifetime?

The quest was now on to gather the opinions of 2000 volunteers, in order to find out what matters most to local people when it comes to their health.

I quickly realised that The Multiverse Lab outcomes were decidedly ambitious, but also very necessary if the historical ‘involvement impasse’ was to be overcome. This is important because the more diverse the people who are involved in health research are, the more likely that health inequalities will be identified and ultimately addressed. This challenge requires some optimism and great commitment from all concerned in the project and its users, but I can now see that the potential benefits are undoubtedly worth the effort.

My journey of discovery continued via a workshop in early 2020, during which I was struck by the immense enthusiasm and diversity of the participants.  I actually recorded some video/audio content for the ‘Your Voice’ element that day, which was a great means to crystallise my own opinions.

I later had the definite privilege of viewing and alpha-testing aspects of the current online version of ‘Multiverse Lab’, a process aided by some very cordial virtual hosts, each of them perfectly capturing the rationale for the project and how I could contribute during the learning.

Things progressed further with my invitation to attend some virtual meetings and promotional events, which gave me some time to talk to others about my own learning, the feedback I had given, and my hopes for the future of the Multiverse Lab.

I also joined in with the ‘Multiverse Lab Reflections Event’ at the close of 2020; a great way to take stock of the project thus far and discuss the findings with a much wider group of stakeholders. A lot of potential growth for the project was identified and numerous suggestions were being made on the day about what else might be incorporated into the project; in essence, people were galvanised by what they saw.

Whilst it would be true to say that COVID-19 had been a continual backdrop to my voluntary activities in 2020, this certainly didn’t impede my enjoyment of, or my immersion into, the gripping concept of the Multiverse Lab.

I’m probably like anyone else who has experienced the Multiverse Lab – I have my own ideas as to what new issues and priorities it might adopt in 2021, but would expect that it will seamlessly encompass how we are overcoming COVID-19 through research.

I now feel quite fortunate to have encountered the Multiverse Lab from several vantage points. I can see this is new ground being broken, perhaps most dramatically so when the Lab regenerates into its physical version later this year.

Maybe the evolving, adaptive nature of the Lab is actually its greatest strength – it’s flourished during COVID-19 so we can, I’m certain, expect even bigger things from it this year.

Words: with thanks to Gary Gibson, Public Contributor

Visit the Multiverse Lab and leave your thoughts, by clicking here